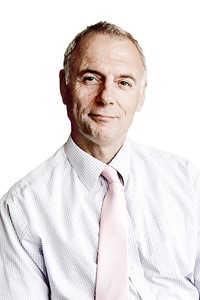 Increasingly, parts of the NHS are recognising the value of integration with local government, driven by a number of factors which were most recently given voice in the NHS long term plan. There is (or should be) a great deal of common purpose between primary and community health services and local government around personalisation, digital, technology and mental health, learning disabilities and helping people out of inpatient facilities. The NHS has got funding to support that but it’s desperately needed in social care. The ambitions in the long term plan run the risk of being undermined by the lack of funding in social care and local government in general.

Maximising the value of closer working

If a group of system leaders in health and social care and a wider council develop a relationship which is respectful, trusting and coherent in terms of what we want to achieve for our populations, then one is far more likely to evolve quicker and more consistently than other areas who don’t have that quality of relationship.

There are three big gains to be had. The first is that people in these areas get a more coherent response from public services. This is a better reflection of the kind of people that we are increasingly supporting, who have both health and care needs – a common endeavour that better reflects people’s lives, wishes and ambitions and  the complexity of their own worlds, rather than the complexity of organisational structures. Related to this, the rejuvenation of personalisation, notably in the NHS but also in social care, has been quite powerful. Personalisation is all about working with the focus on the individual, working around that individual so that they get a single unifying experience of care.

The ambitions in the long term plan run the risk of being undermined by the lack of funding in social care and local government in general.

The second gain is that we’ve all got budget pressures – we’ve all got a really difficult job in balancing supply with demand and better meeting expectations. We are more likely to cope with that if we are working well together and supporting each other.

The third element is the likelihood that better collaborative working will make better use of the scarce public pound. It’s not about making massive savings through integration – I’m not convinced that’s true. There’s an increasing recognition that if we want to address the pressure on hospitals, we have to spend some money in the community and GPs, clinical colleagues, community health, primary care, and social services.

In social care, the better care fund (BCF) was more significant than the Five year forward view and sustainability and transformation plans. The early documentation around sustainability and transformation plans said nothing about health and wellbeing boards or local councils and was pretty thin on prevention. This was – it seems – more about a fragmented NHS getting its act together. The NHS long term plan is also about the NHS being less fragmented than it currently is. It isn’t necessarily as focused upon integration with local government.

The NHS long term plan is also about the NHS being less fragmented than it currently is.

Before the BCF came in, we had a few local systems, local government, the NHS, coming together, working well at local system level, making a difference and improving services because they were able to work collaboratively. Then, along came the BCF and at roughly the same time we had the Greater Manchester devolution experiment about place-based practices in health and care, which was terribly exciting. There were a number of influences increasingly giving localities an opportunity to shape how things were working to the benefit of local populations. As we start to increasingly talk about ICSs, it’s the language of ICSs that has got more resonance in the context of local government.

Is national policy supporting those local interactions sufficiently well at the moment? I’d have to say no. If we ask the question "can we have coherent and cogent national policy drivers to effect change in local areas?", that’s not an easy ask of government for a number of reasons. To meet people’s needs better in the future cuts across several government departments. It seems they do not all have the same agendas, despite what the rhetoric may say. It’s a tall ask of any government to pull all these strands together and achieve something that no previous government has, and I must admit I am not confident that we will get that any time soon.

Local government is in its ninth year of austerity and despite some of the rhetoric that austerity is coming to an end the money just isn’t there to support people as they need to be supported. I can understand why austerity had a place in national policy but the government has taken austerity too far. There is no transformation funding in local government, and asking local government to invest in a new way of working with the NHS at a time when a lot of councils are struggling to balance their budgets is not an easy place for many councils to go. Despite that, many are.

To meet people’s needs better in the future cuts across several government departments. It seems they do not all have the same agendas, despite what the rhetoric may say.

The need for holistic models of care

Nearly all systems in the country are pursuing integration at one level or another. Localities are beginning to find common purpose amongst system leaders. There’s also been a lot of interest in how other countries are responding to local need, given rising cost and complexity. You can go to New Zealand, Germany, Scandinavian countries, Canada, all sorts of countries, and there’s been lots of interest and exchange of ideas about how to configure public services to better meet local population needs.

Because local population needs are becoming more complicated, they are cutting across more areas of government such as housing, social care, health and benefits. We can’t see people in ‘bits’ any more – where one agency will treat that bit of someone’s life, and someone else will deal with another. We can’t afford such high levels of fragmentation and it’s a pretty poor customer experience.

You only have to look at the way non-elective admission rates to A&E and non-elective rates are going up while delayed transfers of care (DTOC) are coming down. The money and resources to address the DTOC priority is coming from the community services, so one ends up with long waiting lists for assessments in the community, unmet need, carers having to take more of a caring burden and people inappropriately placed in residential settings who could have gone home if we hadn’t been pushed to just get people out of hospital. It’s just absolutely the wrong thing to pursue and it has been pursued in isolation, which is just such limited thinking.

Care staff working in social care, who are by far and away the biggest number in the whole sector, are not getting the recognition or the career structures that would say to them you’re really rather important. Yet if we can’t supply good quality care staff, the system will fold.

We can’t see people in 'bits' any more – where one agency will treat with that bit of someone’s life, and someone else will deal with another. We can’t afford such high levels of fragmentation and it’s a pretty poor customer experience.

A prescription for joined-up working with community service providers

What would I expect to see in a well-functioning local system? Pooled budgets around populations and system totals within the NHS are one of the measures of success. Then system totals for populations across local government, particularly social care and the NHS, integrated information systems and shared premises for staff, so a group of nurses working in the community work in the same room as a their  social work colleagues.

Integrated management and shared governance arrangements would bring together the respective statutory bodies, and in local government, of course, politically elected members. Care Quality Commission area reviews also pointed to the importance of a shared narrative, a shared set of indicators as to what good looks like and also a clear set of shared goals and ambitions. Most of the advanced systems have some of those if not all.

Looking ahead, I’m reasonably optimistic that there’s a greater sense of drive and ambition. There is a danger that the pace in local government, which has become much more business like and much more capable of managing the money, can move quicker than the NHS. Plus, local government cannot afford to wait if it’s to meet the stringent austerity requirements that mean it can’t overspend. It’s an issue of how to generate pace, whilst the NHS is so controlled from the centre, at a rate that would encourage partners increasingly to see common purpose. There are very good examples of where that has happened. It is possible to resolve but it requires a certain tenacity and strong sense of purpose.

Glen became the president of ADASS in April 2018. He has worked in or researched the public sector for 36 years. He joined Lincolnshire County Council in March 2012. His role was expanded to include public health in October 2016 when he became the executive director of Adult Care and Community Wellbeing.

The fourth report in our series shares the perspectives of trust and wider system leaders on some of the critical issues facing health and care services today.

The opportunities for community services from a system perspective

Community services can help provide solutions to NHS pressures, but it needs resources