The anniversary of the first NHS trusts: Reflections on the trust model and its future 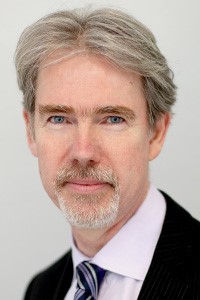 The first 57 NHS trusts were established on 1 April 1991 and to acknowledge this 30 year milestone having worked in a first wave NHS trust I share a personal reflection on the trust model and its future.

Today marks the 30 year anniversary of the establishment of provider trusts as the predominant model for the delivery of NHS service provision. They were introduced by a Conservative government led by John Major in 1991 and the model was extended further from 2004 when the Labour government launched the first NHS foundation trusts with greater autonomy and local accountability.

The model has survived through 11 successive governments of various political persuasions in total and extensive reorganisation of other aspects of the NHS including the coming and going of strategic health authorities, primary care trusts and, if the current white paper proposals are implemented next year, clinical commissioning groups.

So why have politicians resisted their natural tendency to reorganise and stuck with the trust model for so long?

The first wave were labelled 'self-governing trusts' and I recall vividly, from working in one, the sense of ownership, opportunity and optimism that the leaders at the time portrayed as the new trust boards were formed. As a manager in a London acute hospital, I worked on the transfer of assets, mainly land buildings and equipment from the old district health authority to the new trust. This was the first time that local leaders of hospitals, community or mental health services had exercised direct control over those assets from which their services were provided.

Between 1991 and 1995 virtually all secondary and tertiary care service provision was moved into NHS trusts.

Applications for trust status were invited with the incentive of greater freedoms to generate income, employ staff on local terms and conditions and borrow money to improve services. Although of course the reality of the freedoms did not match the rhetoric, the greater focus of the new trusts on their hospital or service, in contrast to the multiplicity of functions and responsibilities of the predecessor district health authorities, ensured that tangible benefits for patients soon followed. Between 1991 and 1995 virtually all secondary and tertiary care service provision was moved into NHS trusts.

I believe the governance and accountability arrangements of the trust model are one of the key ingredients to its longevity.

I believe the governance and accountability arrangements of the trust model are one of the key ingredients to its longevity. The unitary board comprising executive and non-executive directors (the latter making up the majority), with a chair and chief executive is at the heart of the model. It is clear that the buck stops with the board. The cynic might say this just provides someone for the politicians to blame when something goes wrong but more importantly the clarity of that accountability has been helpful for patients, the public and partner organisations at a local level.

Chairs and chief executives in particular have worked hard to develop relationships with health and social care bodies, local authorities, universities and colleges, chambers of commerce, the voluntary sector and other key local organisations. Trusts also make a contribution to the local economy as significant employers, buyers of local goods and services and some as providers of non-clinical services to other local organisations. These relationships and contributions have served to establish trusts as significant and recognised organisations in their local community.

So what does the future hold for the trust model?

The government white paper published last month states that it is "not seeking to significantly alter the provider landscape". The current trend of provider collaboration to improve and reflect patient pathways will nevertheless continue as will provider consolidation where there are economic and practical drivers.

There is understandable concern within trusts of a loss of autonomy as integrated care systems are established as statutory bodies next year under the white paper proposals.

There is understandable concern within trusts of a loss of autonomy as integrated care systems are established as statutory bodies next year under the white paper proposals. There will also be a fear that the trust voice, particularly that of small trusts, will not be heard as the new bodies get to grips with their many priorities.
However, trust leaders have considerable experience of forming and embedding relationships with new organisations. I expect trusts, with their established accountability to, and positions in, the local community, to be viewed very soon as pivotal organisations in the new statutory systems.

Happy birthday to the NHS trust model and I hope you will be around for many years to come.

Reassuring evidence on quality of care through the pandemic

Miriam Deakin responds to to the Royal College of Physicians' new study of the quality of care given to patients in the UK with COVID-19.

Chris Hopson responds to the latest figures from NHS Test and Trace.

Chris Hopson responds to the announcement that Amanda Pritchard is the new Chief Executive for NHS England and NHS Improvement.