Night out, not nightmare: working together to ease the pressure 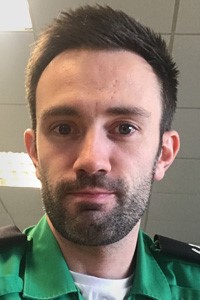 Since the pubs and clubs re-opened their doors in April, St John Ambulance volunteers have been returning to their posts at Alcohol Reception Centres (ARCs) at selected city centres around the country.

ARCs are usually run from St John's mobile treatment centres at weekends to care for people who become ill or injured in the course of a night out. With our own ambulances on standby, we can take patients to hospital if we can't treat them on site. A little like the night revellers themselves, this mobile service, which principally aims to take pressure off the NHS by treating intoxicated people out of hospital, is returning gradually. The first ARCS to re-open since last summer were in Manchester, Norwich and Birmingham. Next to open, ahead of last week's much anticipated May bank holiday, were centres in Wolverhampton, Milton Keynes, Derby and Lincoln. From June onwards we expect to re-open more and more until we reach our 2019 operational levels, with around 35 sites.

The tentative return of the ARCs involves collaboration with a multitude of organisations, who may provide funding or services on the ground. They include councils, the police, ambulance trusts, security and social care teams and other charities such as the Street Pastors and Night Guardians. For example, in Manchester we work with the city council, while in Birmingham, we are part of the Southside Safe Space, a collaboration with the West Midlands Police and Crime Commissioner and the Southside Business Improvement District Fund. Here, we provide the clinical care for patients, while Southside Wardens, City Pastors and the Arcadian Security Team support in other ways alongside us.

Every operation is different because the situation in each city is unique in how it responds to its responsibility to protect citizens on a night out.

Every operation is different because the situation in each city is unique in how it responds to its responsibility to protect citizens on a night out. It's essential, therefore, that St John is able to flex to meet the requirements of these different groups. Our decades of event first aid cover has held us in good stead for collaborating in this way. We try to respond with agility – sizing up and down as necessary, opening midweek nights if required and being open to adapting the environment we work in. For example, while we usually operate out of mobile treatment units, the Soho Angels in Westminster, and Birmingham's Safe Space volunteers are based with other groups in permanent indoor spaces – a model we're looking to expand. And of course, we must also work closely with the ambulance service to take some 999 calls, transport patients to hospital in our ambulances or request their assistance.

Due to our existing close relationship with ambulance trusts across the country, we can do this relatively easily. Nevertheless, each ambulance trust will approach ARCs differently – some, for example, providing our crews with radios while others pass 999 calls to us. But while every operation is different, St John's service must be consistent. As a minimum, we provide one healthcare professional, two first aiders, a crewed ambulance and, usually, a mobile treatment unit with the capacity to treat one bedded patient. Volunteers have ongoing and regularly assessed special training, including in drugs awareness and safeguarding.

Unsurprisingly, the main patient age group is 18 to 25 and our busiest hours are 1:00am to 3:00am. Patients can stay with us for anything between 15 minutes and five hours, but it's usually one to two hours – time which might otherwise be spent in A&E. We might simply provide them with a bottle of water, kind words and a safe space to sober up in before their friend takes them home. In times of heightened fear following the murder of Sarah Everard, the value of this aspect of care is welcomed by the public and police. Our volunteers take care of them, whether they've sprained an ankle in high heels, are the victims of an assault, or are suffering from alcohol and drug intake. A number of our patients will need vital first aid and transportation to hospital. But the aim of our service is to prevent hospital admissions and calls to 999 where possible.

Although data is still being collated and numbers are relatively small, we're already seeing evidence of strong impact from the ARCs again.

Although data is still being collated and numbers are relatively small, we're already seeing evidence of strong impact from the ARCs again. For example, in the first three weeks we treated 80 patients in Birmingham, Manchester and Newcastle, of which 55% – 45 – would otherwise have gone to hospital, either by 999 call or self-referral. And across six locations between April and May so far, we treated 185 patients, of which 57%, or 105, were treated on site – the rest, bar one, were transported to hospital by St John.

This is in line with findings last year, when, for example, Brighton recorded 60% of patients discharged without the need to attend hospital in a snapshot week last August, with 55% likely to have made 999 calls. This sample week was estimated to have saved the NHS £3,665. Indicating a similar proportion, 66 patients, or 57% of those treated, were deemed to have avoided a hospital visit thanks to St John's care at Birmingham Southside from June to July 2019.

We believe whichever organisation is funding or providing services to keep people safe at night, both the public and the NHS benefit, so we will continue to collaborate and adapt as necessary.

As part of St John's leadership team, Adam Williams oversees a wide range of the charity's community response projects and services, including Falls Response Services, Night Time Economy Provision, Hospital Volunteers and our Vaccination Programme. He is also the CQC registered manager for the charity, accountable for regulatory compliance and standards.

Miriam Deakin responds to the latest figures from NHS Test and Trace.

Saffron Cordery responds to the publication of a new ICS design framework by NHS England and NHS Improvement.

Mandatory vaccination: an important question but there are alternative approaches

Saffron Cordery responds to reports that the government proposes to publish consultations for mandatory COVID-19 and flu jabs for all health and care staff.