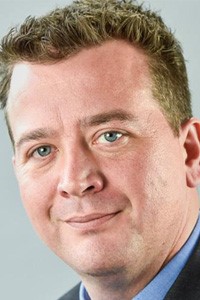 The NHS has a problem. In fact, it may be more reasonable to say that the NHS has several problems. Some main problems which have been frequently commented on are:

With the Health and Care Bill, it is hoped that by making changes to the legislative provisions, and organisation of commissioning bodies, solutions may be found to the other issues above (and other issues not included).

Determining the best operating models for commissioning and providing healthcare at the best value for money and then implementing changes, is difficult. The NHS is extraordinarily complex, with differences within systems and amongst the regions. These differences in providers, patient basis, historical inequalities and focuses mean that each area has its own challenges and priorities in the short and medium term.

Those who work within the management of the existing legal regime know that the current drive to collaboration across organisations and between systems is the opposite of the intentions behind the legal architecture in which providers sit. Payment by activity and competition between sovereign organisations was underpinned in Lansley’s reforms to the NHS in 2012. These have been overtaken by events, and since even before the Five year forward view and Dalton review collaboration was being encouraged by providers.

In the re-organisation of commissioning and delivery proposed by the government, and being enacted in the Health and Care Bill, this complexity, and these differences, are being recognised.

As is well known, 42 integrated care systems (ICS) areas have now emerged, and with the new Health and Care Bill, will be given a statutory foundation. The uneasy situation of sustainability and transformation plans (STPs) and ICS "structures" being hosted and having no legal form, will be solved. The different ICS regions that have developed are being given flexibility to determine the appropriate governance arrangements for their individual, unique geographic footprints. It is expressly recognised in the guidance that is being produced concerning the changes that "not one size fits all".

The changes that will be introduced (subject to any changes by parliament) will be the dissolution of the Clinical Commissioning Groups (CCG), and the creation of ICSs formed of:

The ICB will be the successor body to the CCG, inheriting the majority of the property, rights and liabilities of CCGs (although some may transfer to NHS England). It will also be the body which receives the funding to commission care.

The creation of CCGs was intended to put GPs at the centre of NHS decision making on commissioning. Each ICB will have a wider number of bodies (including at least one GP representative) as a member for decision making. While the bill sets out some minimum requirements for membership of the ICB, both the bill and guidance is leaving flexibility on which representatives will be or how they are to be chosen. In some areas this may be, or is perceived to be, obvious across the different providers. In other areas there are still discussions ongoing.

The ICP will have the legal form of a committee rather than a separate legal body, which must prepare an integrated care strategy. This strategy will set out how assessed needs in relation to its area are to be met by exercise of the functions of the local ICB, NHS England, or the responsible local authorities. The ICP will, in preparing the strategy, be required to involve local Healthwatch organisations and local people. Exactly who will sit on the committee in each ICB area is, as with the ICP itself, being left for the regions to determine based on their local requirements.

Will these changes have any practical application? The reorganisation of CCGs into ICP and ICBs would not, of itself, be likely to bring about radical changes. However, the broader focus on collaboration, system financing, and the improved ability for cooperative decision making and delegation of functions between bodies, should at least create the legal architecture which encourages, rather than hinders, the ability of NHS organisations to find solutions to the problems which it faces. While not of themselves a panacea to the issues, the changes are based on the legislative proposals put forward by NHS England after extensive consultation within the NHS.

It is obvious that the creation of these new bodies will not immediately ensure that decisions are taken at the appropriate levels within ICS (the principle of subsidiarity) or ensure that all voices are heard in the development of local commissioning solutions. However, with the significant problems that are faced, changes to the legislation to lessen the legal burdens of solving them are likely to be welcomed.

Michael Rourke is a partner at Hempsons who has a wide range of experience in advising clients operating across the health and social care sectors on governance matter, regulation and commercial law. Michael has recently been advising Trusts and CCGs on integration matters on a range of issues in different provider collaboratives and alliances, and on joint and lead decision making across organisational boundaries.

Georgia Butterworth and Toby Lewis explore how place serves as the real testing ground for local government and health services working together to prioritise population health.