'Known unknowns' and legislative change in the NHS 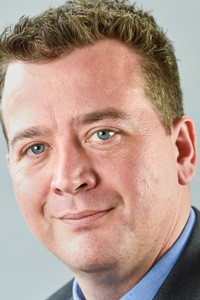 The pomp and splendour of the Queen's Speech was slightly muted this year, with traditions giving way to social distancing. However, as expected the speech did state that the anticipated Health and Care Bill will be brought forward to implement the changes to legislation heralded in the white paper at the start of the year. As yet, however, the bill has not been published and the "devil in the detail" of what will in fact be included in the legislative reforms remains unclear.

Over the recent weeks the dramatic effects of the COVID-19 pandemic on waiting lists for elective care has framed the media and political debate over the NHS. It is likely that elective care recovery and waiting lists remain in the spotlight as the nation recovers from the pandemic, and therefore will remain the centre of attention for some time to come and a likely key focus of the integrated care systems (ICS) boards and health partnership boards. The recovery from the pandemic may well be the political focus of whether the changes being introduced are "a success" irrespective of changes that may be introduced in other areas.

What these new bodies will look like, and how they may be involved in directing, advising or controlling the NHS provider trusts who will be at the coal face in reducing those waiting lists remains a key "known unknown" for the NHS.

What these new bodies will look like, and how they may be involved in directing, advising or controlling the NHS provider trusts who will be at the coal face in reducing those waiting lists (and other challenges in the provision of care) remains a key "known unknown" for the NHS.   The health and social care committee published its First report of session 2021–22, looking at the proposals in the white paper. The committee noted that the statutory changes to improve integrated working across health and social care "received a positive response from a wide range of organisations and stakeholder bodies". However, this support was "caveated with concerns about omissions in the white paper and areas that required further detail".

As is now well-known the white paper has proposed the creation of two distinct bodies:

Integral to the success of the new statutory bodies in bringing about improvements to the provision of health and social care is the new duty to promote collaboration across the healthcare, public health and social care system. What a broad statutory duty to collaborate means in practice is to be addressed in guidance which may follow. Indeed, the white paper provides a number of instances where "guidance" will, or may, follow:

The white paper also provides for an "appropriate intervention power" for the secretary of state in the working of NHS England, although the circumstances in which this may be invoked remain unclear.

Even following the publishing of the bill, it is likely that many of the "how will this work" questions will remain unresolved and left either to future guidance, or for ICSs to develop. The white paper is clear that different areas may take different approaches. This much can be seen from the very different sizes and populations within the ICSs that have already developed.

The "known unknowns" at the moment on how the new bodies should function may not resolve in June when the bill is published.

There is an inherent tension between the legislative reforms proposed, which are quite technical in nature and will enhance the ability to "do" things, and a call for statutory requirements on how anything in particular should be done.  The "known unknowns" at the moment on how the new bodies should function may not resolve in June when the bill is published. The report of the health committee published on 14 May set out that those who gave evidence to the committee thought that "the success of the new bodies would be dependent on the bill setting out in detail how they would work together, their powers and the composition of their boards". The committee made a recommendation to this effect.  It is unclear whether the bill will in fact be so prescriptive, or whether a more permissive model will be adopted, allowing a greater range of methods of implementation. A key "known unknown" is whether the different approaches adopted at ICS level will have implications when set against national directives or requirements.

An example of this potential can be seen in the single ICS waiting list, which was cited by NHS England and NHS Improvement's chief operating officer Amanda Pritchard as being a key benefit of the new systems. The direction of travel in this regard is clear, and has been for some time. The bill will continue the evolution of the NHS from statutory competition to statutory collaboration. No legislation can make separate organisations work together effectively, but it can make this more difficult. How, for example, a single waiting list can be managed at system level, where decisions for system benefit may adversely affect individual NHS performers, and how to square the circles of individual provider responsibilities (which are to remain statutory) with this new duty to collaborate and practical matters such as this remains a "known unknown".

Michael has a wide range of experience in advising clients operating across the health and social care sectors on matters such as governance, regulation and commercial law. These clients include NHS Providers, healthtech and private healthcare companies, charities and GPs. Michael frequently advises on difficult contracting and regulatory issues facing health and care organisations. He has recently been advising Clinical Commissioning Groups and trusts on integration matters. In particular he has been advising on joint and lead decision making across organisational boundaries for proposed alliances, partnerships and collaborations.

Five priority areas for scrutiny in the forthcoming bill

Chris Hopson discusses the five key areas of scrutiny in the forthcoming Health and Social Care Bill to place system working on a statutory footing.