It's time for regulation to reflect reality 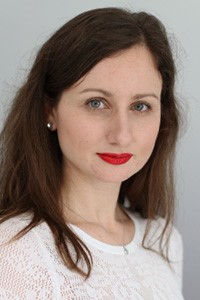 The results of NHS Providers' annual survey on regulation offer a strong endorsement of the change in approach that regulators are trying to make to reflect a new context of system – but our survey also reflects the fact that trusts' experience of regulation over the past year still doesn't match the vision the national bodies have set out.

Ambitions for integration, collaboration and local system solutions are at the heart of all recent plans and guidance for the NHS. These have been formalised in the Health and Care Act 2022, and are embodied in the new statutory integrated care systems (ICSs).

How health and care providers are being overseen and regulated is also evolving to reflect these changes. Last year NHS England and NHS Improvement (NHSE/I) published its first oversight framework with a system focus, applying to providers, commissioners and integrated systems alike. This was recently updated for 2022/23.

In April 2021, Care Quality Commission (CQC) also published its new strategy, signalling a move towards a "smarter", more flexible approach to regulation. It is now developing a new single assessment framework, which will apply to providers, systems and local authorities, in line with new oversight responsibilities given in the Act.

Responses to our survey demonstrate the value trust leaders place on integration and collaboration, and their support for regulators' developing approaches. An overwhelming majority supported CQC's plans to rely less on set-piece inspections, and become more risk-based and data driven. A significant proportion were also in favour of NHSE/I's new oversight metrics and new system-focused approach to regulation.

However, over the past year, the impact of these changes had not yet been felt on the ground. Trust leaders contrast the huge strides they have taken towards system working with CQC's continuing focus on individual organisations. Only 14% agreed that in 2021/22 the CQC's approach to regulation encouraged providers to collaborate and to integrate care. And even as the new system is being established, respondents felt there was not enough clarity on responsibilities and accountabilities in the new system architecture, in particular between NHSE and ICSs.

One acute trust leader told us that there is an increasing recognition that trusts are not islands, but operate within a highly complex system. They pointed out that the solutions to problems seen at a time of inspection are often to be found in shared solutions, and there should be greater recognition of this, so that regulatory recommendations are framed to be clear which areas the trust can influence those where responsibilities are shared and those which lie outside of the trust's direct control.

Our survey took place in Spring 2022, amid the ongoing impact of COVID-19 and its knock-on effect on services. It shows that trusts are becoming less confident that regulators understand the pressures they are facing. Only around a third of respondents thought that regulators were mindful of the ongoing pressures of the pandemic. Some trust leaders described the lack of sensitivity in the approach of local CQC inspection teams and their lack of appreciation of the operational context. One respondent referred to "arrogance and bullying" from regulators – and this fits with other feedback we have received from members over the past year.

Nearly two-thirds felt the regulatory burden had increased over the last year, and a similar proportion had seen an increase in the number of ad hoc requests from regulators. They reported duplicative requests and unrealistic expectations. One trust leader said they understood the need for information and regulation, but it was growing disproportionately to any benefit it brought.

It will take time, effort and dedication for NHS England and CQC to implement their new approaches to regulation. In spite of the challenges outlined, we are confident that the changes they have committed to are right, and we are encouraged by the collaborative behaviours we are seeing from both regulators in their openness to feedback and input from trust leaders. We hope this will continue in the year ahead, as the regulatory system will be most effective if it is informed by those who work within it.

What our members have said indicates that there is more work to be done, and the evolution in regulators’ rhetoric needs to be matched by their actions. In order to identify system problems and encourage system solutions, CQC and NHS England need to focus on assessing collaborative working across a system and look at the whole picture, rather than the sum of its parts. They also need to work better together.  That will require a genuine, sustained shift in focus from both organisations. Only then can the regulatory approach truly support trusts as they move to more collaborative working within systems.

This blog was first published by HSJ.

Regulation, Reform and Services Under Pressure

In our new report, we outline key findings from our latest survey to trust leaders on their experiences on regulation in the last 12 months.

Regulation and reform at a time of significant pressure

Miriam Deakin comments on our new report, 'Regulation, reform and services under pressure'.