Governing the gap: helping organisations collaborate while the law catches up with NHS planning 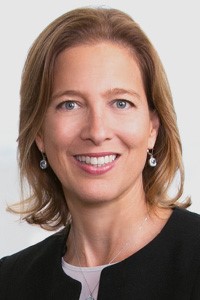 The long term plan places local systems at the heart of the delivery model for health and care, building on a continued focus on collaboration over competition. The plan heralds a new way of working with the aim of a "revitalised culture of support and collaboration" underpinned by proposed changes in legislation. At the same time, the plan commits to a reinforcement of accountability at board, government and system level.

NHS England and NHS Improvement have now set out their proposals for this change. The proposals would need to be accepted by government and then be approved by both houses of parliament. The changes involve extensive changes to primary legislation, including in relation to the powers and freedoms of NHS foundation trusts. Even if parliament does approve the changes, it is not expected any change will be implemented before 2022.

This direction of travel may be welcomed by most NHS organisations – but big questions remain about how collaborative governance will be implemented and operated in practice. Looming legislative change inevitably makes it harder to build long term and sustainable governance plans. Previous NHS re-structures have been both disrupting and difficult for the NHS workforce, especially at NHS management level. Here, the law is not expected to be in force for three years, raising challenging issues for NHS providers about how to operate in this period.

Proposals for increased collaboration are not new. Indeed, the current law is already fairly flexible, giving significant freedoms for NHS providers to work together particularly where it is in the best interests of patients.

Proposals for increased collaboration are not new. Indeed, the current law is already fairly flexible, giving significant freedoms for NHS providers to work together particularly where it is in the best interests of patients.

Most NHS organisations already have arrangements to work with other NHS bodies across their localities. The vast majority of these arrangements are underpinned by informal memoranda of understanding or committee structures allowing for joint meetings and, in some cases, joint decision-making.

So, if the long term direction is clear and organisations are already working together, why do some boards of NHS providers report unease and discomfort about existing collaboration arrangements?

So, if the long term direction is clear and organisations are already working together, why do some boards of NHS providers report unease and discomfort about existing collaboration arrangements? We explore seven reasons for this below and give practical advice to boards about how to manage their risks.

Although there has been strong national policy direction in support of integration, existing NHS trust governance and licence condition guidance is largely unchanged. Existing guidance, written to reflect an interpretation of the 2012 law, arguably no longer reflects the NHS' direction of travel. Later national publications are often descriptive and example led - rather than giving practical support or parameters on how to discharge duties.

The task facing boards remains largely the same, and they will need to ensure that:

Until the law is changed, it remains the law. There is plenty of scope for local flexibility but a culture of "seek forgiveness, not permission" has arguably led, in places, to cavalier approaches to legal constraints that do apply. This is particularly the case when the interests of different bodies are not aligned, for example in relation to procurement.

Some conflicts are easy to spot. For example, most systems recognise that a trust should not be responsible for a procurement exercise in which it has an interest. This is a point that is also accepted by the long term plan. But, in practice, conflicts are not always black and white and even procurement "decisions" cover a wide spectrum of actions - from planning, engagement and consultation, pricing, contracting to listing of providers. Many, if not all of these topics commonly fall within the scope of local system governance.

3. Overlapping, complicated structures can distract boards from the "day job"

Many system based governance structures are meeting heavy; structured to allow for maximum individual participation and often overlapping with other collaboration committees. This problem can be exacerbated in smaller localities or service focused collaborations, where individuals also need to work within wider geographic or service wide collaborations. Directors report a significant increase in the time they need to devote to meetings, often when they have no responsibility for ultimate decision-making on the topic under discussion. In part, this may be an inevitable outcome of clunky workarounds to existing legal parameters but it also represents confusion about who is needed and when.

4. Who's in charge of this meeting?

It is common knowledge that system level groupings are not bodies corporate and have no legal powers to make decisions. Integrated care systems have addressed this by the use of delegation and committees in common to make decisions. But it is not always clear who is responsible for the decision in hand. Whilst, the risk of legal challenge or claims of breach of director duties, may be low, unclear responsibility has arguably led to stasis, slower decision-making and a lack of focus on process and sign-off.

Systems are not bodies corporate and cannot be led by unitary boards. This means the independence, expertise and challenge exerted by non executive directors (NEDs) is missing at system level. This brings with it increased risk of group-think and flawed decision-making. The situation is further complicated by the fact that NHS trusts can delegate to individual non executive directors, but foundation trusts cannot. To accommodate these issues, some systems have set up NED/ lay member/councillor groups to carry out an oversight function. Foundation trust NEDs participating in such groups do so as individuals unless they are part of a committee in common – i.e. there is more than one NED from their trust and they make decisions as a committee.

Foundation trust councils of governors have a statutory duty to hold their boards to account via their NEDs and to represent the interests of the public to the board. System working does not automatically acknowledge the governor role and not all providers within a system will be foundation trusts with governors. This raises questions as to how governors should become involved at system level and also raises potential conflicts of interest if governors are party to decisions at system level that they then hold their board to account for.

7. Who is responsible if things go wrong?

Despite wider system collaboration, most NHS directors are concerned that they may face the sack if there is deterioration, or failure to improve quality or finances. Coupled with short tenures in post and difficulties in recruitment, pressures on directors are running high. Collaboration across a system does not remove directors' duties and liabilities, who still bear personal and career responsibilities, if things go wrong at their appointing trust.

What solutions does the long term plan bring?

The long term plan states that all of the initiatives in the plan can be delivered without a change in law but that some initiatives could be made easier with the removal of law on competition and procurement.

The long term plan states that all of the initiatives in the plan can be delivered without a change in law but that some initiatives could be made easier with the removal of law on competition and procurement.

The proposals now published by NHS England and NHS Improvement will now need to be considered by government and, even if accepted, face the usual path for any new proposed legislation. Any changes to NHS legislation depend on time and space being found for change in a parliamentary calendar already dedicated to Brexit issues. To the extent, the plan appears to propose deviations from European legislation, this may well be influenced by the ultimate outcome of Brexit negotiations. As noted above, even if parliament does approve the changes, it is not expected any change will be implemented before 2022 meaning that there is at least three years when NHS providers will need to work together under existing law.

Even if these changes are made and the plan leads to a softening of the commissioner provider split, there are still questions about whether more far-reaching changes are needed to retain the benefits of the unitary board model (potentially at a system level) and to clarify the role of boards and governors and their duties.

It should also go without saying that until there is a change of law, the law remains the same. Until there is clarity, some boards may well feel that there is even greater uncertainty about how and when decisions may be made. Taking the practical steps in this paper may go some way to managing this uncertainty.

A shorter version of this blog also appeared in Healthcare Leader.

Sharon Lamb is a health care partner at McDermott Will and Emery, one of the UK’s leading health lawyers and her practice focuses on health care governance, transactions, joint working arrangements and complex projects, as well as comprehensive health care regulatory advice. She is widely recognised for her work on mergers and acquisitions, complex digital health and data privacy issues, accountable care systems, health care payment systems, life sciences, hospital developments and contractual and joint venture arrangements. Sharon provides strategic and commercial support to her clients on the NHS and health care market, helping them navigate the complex regulatory framework. With a wealth of experience with National Health Service law and policy, and having worked with NHS London on a part-time secondment for four years she is also an associate fellow of the Nuffield Trust.

The future shape of the NHS

John Coutts explores what can be achieved to remove unnecessary barriers and support collaborative working in health and care systems.

The new UK code of governance

This briefing summarises key changes set out in the new UK corporate governance code which comes into force from 1 January 2019.

We need to talk about governance…

Chris Hopson discusses good governance in the NHS and the importance of clarity over accountability as we move towards a more systems-based approach.